Apple is the undisputed leader in the iOS and MacOS technology that were later soon adapted by Google with their very own Android version. But Apple’s got a certain touch of class to it, far from the wide-range Android-based smartphones, computers, and laptops sold by different phone and PC manufacturers. Even with computers and laptops, many people covet those sleek and fancy MacBooks and iMacs. However, some covert controversy surrounds Apple’s MacBooks and it involves the Central Intelligence Agency. Rumor has it that the agency infected fresh from the factory MacBook units for some major spying right under our noses.

The Central Intelligence Agency is able to permanently infect an Apple Mac computer so that even reinstalling the operating system will not erase the bug, according to documents published by WikiLeaks.

In its second release allegedly from the CIA’s arsenal of hacking tools, WikiLeaks also said that it appears that since 2008 the US spy agency has been able to insert it bugs onto new and unused iPhones by intervening in Apple’s supply and distribution network.

The release follows the initial publication on 9 March by the anti-secrecy group of thousands of pages of instructions and code from what it called the entire CIA arsenal of hacking tools.

The documents are generally believed to be genuine, although the CIA has not acknowledged this.

If this is true, this has clearly broken the trust placed by consumers on Apple and even on the government. Consumers are being spied upon without them knowing and it is a clear violation of their right to privacy, among others.

The CIA’s user guide for Screwdriver, released as part of WikiLeaks’ ‘Dark Matter’ drop, describes the tool as “a mechanism for executing code on peripheral devices while a Mac laptop or desktop is starting up.” Ordinarily, an Apple Firmware password would prevent any changes being made during the startup phase.

However, Screwdriver allows the CIA to infect the very core of the computer making it a stealthy tool undetectable by antivirus software.

The malicious code, implanted by the Screwdriver, attacks the computer’s Extensible Firmware Interface (EFI), the firmware that loads the computer’s operating system (OS). EFI resides outside of the hard disk space on the machine, making it much harder to detect.

The implant code is stored on the firmware of an Apple Thunderbolt-to-Ethernet adapter, a small compact device used for transmitting data (similar to a USB cable), and when it’s plugged into the Thunderbolt port on Macs, it infects them.

Once inserted into “any Mac laptop or desktop with a Thunderbolt port,” the implant code then scans all internal and external hard drives looking for a volume with a specific name – FILER. If this is found, the code will execute, allowing the CIA to take control of the computer, potentially monitoring and transmitting everything that occurs on the machine.

How can the CIA get away with something like this? And how can Apple allow the CIA to do this to their customers – people who paid a dear price to own a shiny Apple MacBook? So, what does the company have to say about this matter?

On March 7, WikiLeaks released thousands of documents it said were from the CIA, revealing tools the agency used to infiltrate smartphones, computers, televisions and other electronic devices. After concerns that the document dump opened up the devices to additional security risks, WikiLeaks head Julian Assange said he would contact the makers of the affected devices to share information with them.

Apple said it has not received information from WikiLeaks “that isn’t in the public domain.” In the statement the company sent, it also said: “We have not negotiated with Wikileaks for any information. We have given them instructions to submit any information they wish through our normal process under our standard terms.”

The company added: “We are tireless defenders of our users’ security and privacy, but we do not condone theft or coordinate with those that threaten to harm our users.”

These are serious allegations hurled by Wikileaks to both Apple and the CIA. Wikileaks also caught the attention of everyone with all their exposés last election and more people now actually believe in them. If Apple’s new MacBooks indeed come with bugs, then they should do something about or take responsibility for such a crime together with the CIA.

The blog post What’s The CIA Got To Do With Apple’s MacBook? is republished from The Mac Zealots Blog 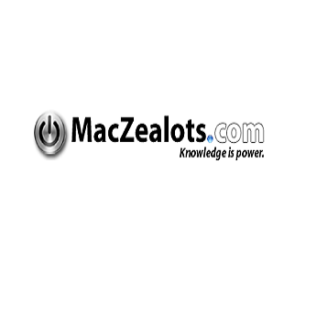 Talking Mac, Apple, and tech industry news that affects us all.